Frank Flannigan Skip Hire was established in the early 1960’s when the business started a Waste Transfer Station at Blakewell Road, Tweedmouth, Berwick upon Tweed, by Mr Frank Flannigan Senior and his wife Joan.

Over the years the business has grown significantly and in 2005 Mr Frank Flannigan Junior took over the running of the business.

In Spring 2007, we bought a substantial amount of skips from Stanley Brash Skip Hire, they operated from a base in St.Boswells, as they were terminating their skip hire part of their company.  Frank saw this step as a move forward into the Scottish Borders Area, as we took the majority of their customer database.

In July 2008, Frank approached Key Waste who operated from Kelso, they supplied bins and skip hire services across the Borders and North Northumberland, Frank bought the skip hire side of the business this again helped Frank’s business to expand into as far North as Dunbar, and South to Alnwick, as well as across to the Peebles and surrounding areas.

Frank continued to run the business from Blakewell Road until 2009, when due to the expansions above, he needed larger premises to operate,  and when he then decided he wanted to take the company forward again he moved the business to the New Ramparts Industrial Estate.

The move to the Ramparts has enabled Frank to have a much larger purpose built Waste Transfer Station.

In July 2015, Frank bought Redpath Skip Hire who traded in Hawick and the surrounding areas, again by taking over this company this expanded our customer portfolio and also increased our total number of skips to over 1200.

We have a fleet of fifteen lorries which range from a transit van for restricted access, to 7.5 tonnes and 32 tonne.

Frank employs twenty full time members of staff, also three part time staff where he takes pride in the fact that they are all long serving employees.

Our customer base range from Local Builders, Householders, Commercial and Industrial Companies and Farmers, many of which have traded with us since the company started.

The company delivers skips to the North East of England and the Scottish Borders, and has in excess of 1500 skips the sizes range from 2yd to 45yd, open and enclosed.

Having a much larger Waste Transfer Station has enabled the company to be able to recycle more of the waste, this can sometimes achieve 100%.  We recycle mixed metals, stone, wood, plastic, green waste and cardboard.

We have state of the art recycling machines, which enables stone to be separated from soil, magnets from recovering metals, along with various machines for compacting bailing and recycling. 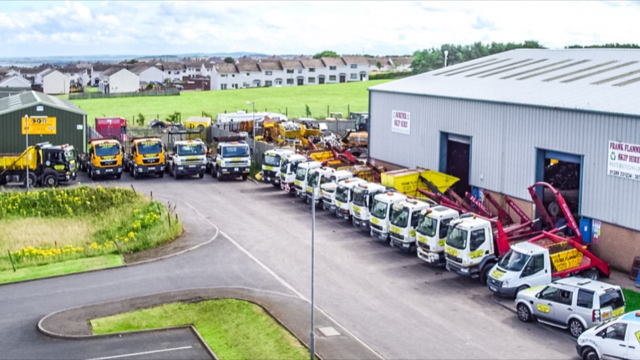 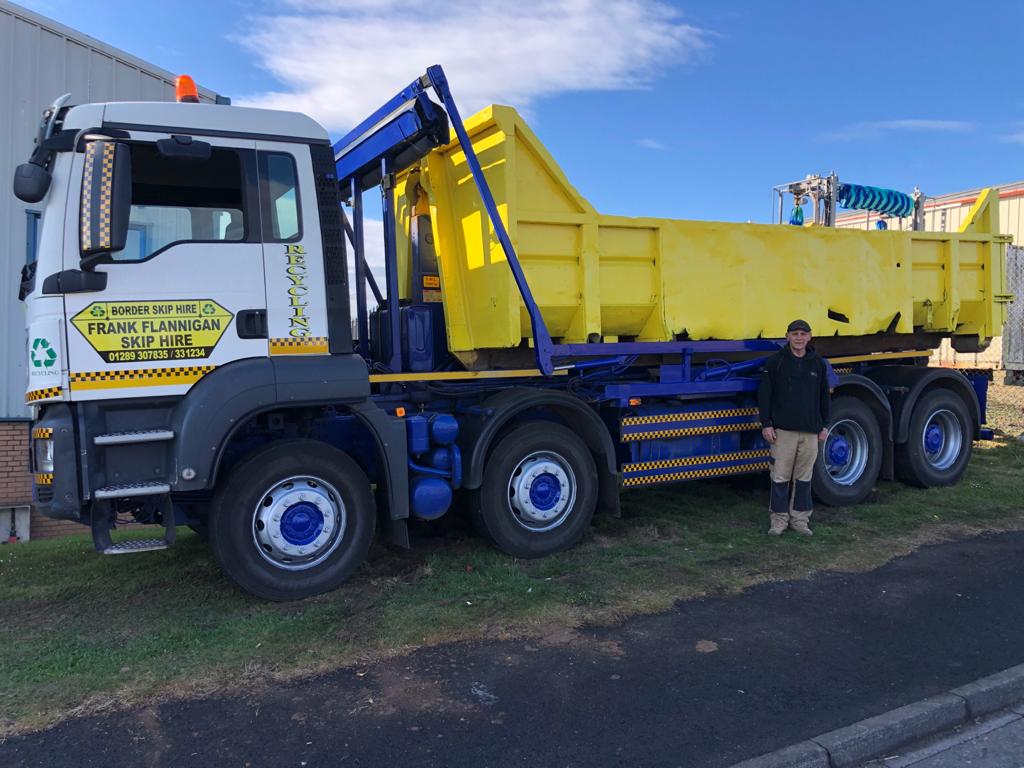